Now here’s a problem we regularly come across with natural stone floors such as this Mottled Brown Limestone floor installed at a house in Hindolveston; it should have a deep rich shine but without regular maintenance the polish wears off and it becomes dull and uninviting.

Hindolveston is a small village near the North Norfolk coast east of Fakenham. There are several large old houses in the area, and we had been invited by the owner of one of them to advise on the renovation of their recently laid and hugely expensive Brown Limestone floor. Measuring approximately 110 square metres the Limestone tiles had been installed throughout the lounge, dining area and spacious kitchen which featured an enormous AGA range. 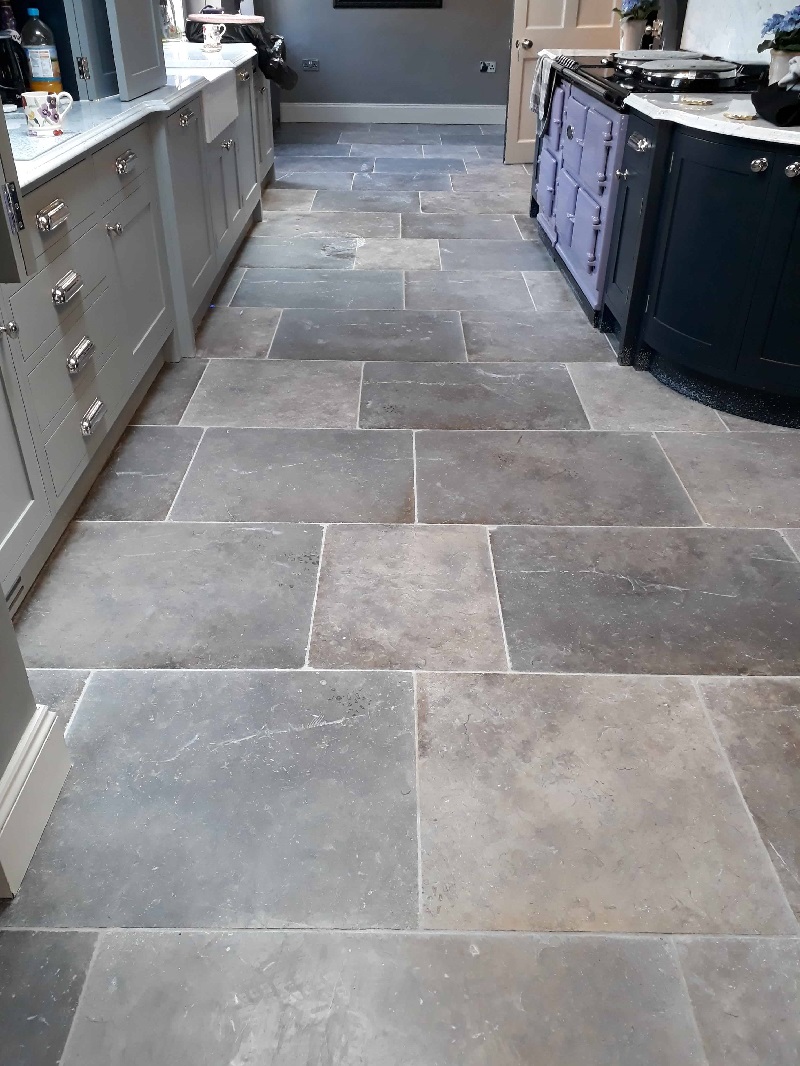 The floor tiles themselves had been very well laid but had an odd milky film across the surface which completely masked the beautiful deep brown mottled nature of the stone. A builder had put down some protective coverings during renovations which became damp and had left a distinct pattern in the film when they were removed. After carrying out appropriate testing to determine what this was, we found that the grout haze had not been completely removed before the floor was sealed and allowed to cure across the whole surface. This combination resulted in the milky film which was impervious to all the cleaning and stripping chemicals the builder had tried.

Our solution to the problem was to burnish and re-polish the stone with a 4-piece set of Tile Doctor Burnishing Pads which with the addition of a coarser grade 200-grit pad when we found the thick film to be extremely tenacious.

The pads were applied with a 17″ rotary floor machine in sequence from 400-grit to 1500-grit. No chemicals are needed for this only water to lubricate, rinsing and extracting after each pad. We make use of a Ninja high-pressure cleaning machine to rinse and extra the soil released from the floor; it runs at 400psi so its very effective.

The pads struggle to reach into the internal corners so the last step of the cleaning process was to treat them by hand using Tile Doctor burnishing blocks. The whole floor was then left to dry off thoroughly overnight with assistance from our large capacity dehumidifier.

On our return, we checked across the whole floor with a moisture meter to ensure that there was no significant moisture left in the tiles which would adversely affect the performance of the sealer before it had time to cure fully.

Satisfied that this was the case, we vacuumed the floor to remove any dust and grit before spray burnishing the surface with the last of the four burnishing pads which is a very fine 3000-grit diamond pad. Again, this is applied using the rotary floor machine and run over the Limestone floor to produce a deep shine, much to the delight of the client.

Finally, the tiles were sealed using Tile Doctor Ultra-Seal which is a no-sheen penetrating sealer which provides excellent fluid resistance without altering the appearance of the stone itself. One last vacuuming and the job was done! 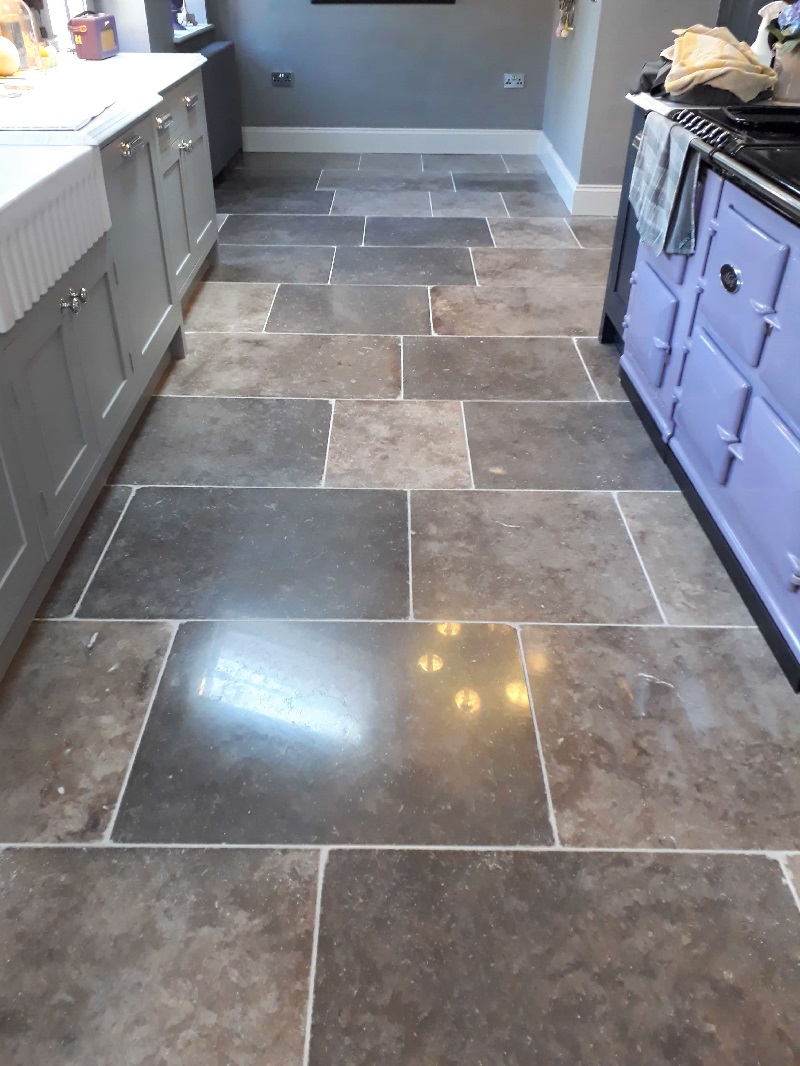 A very relieved and happy client who then promptly booked us in to renovate the limestone and encaustic tiled floors in all her bathrooms.